COMMODITIES MOVING DOWN INTO THE MIDYEAR CORRECTION

So far my 2014 expectations are playing out pretty much as planned, with a few adjustments. With the threat of war in the Ukraine I think the final bubble phase in stocks is now off the table. I doubt we can get the euphoric buying pressure necessary to generate a parabola as long as tensions in Eastern Europe continue to escalate. No bubble phase in stocks = no capitulation phase in gold. The Ukraine event was a game changer. 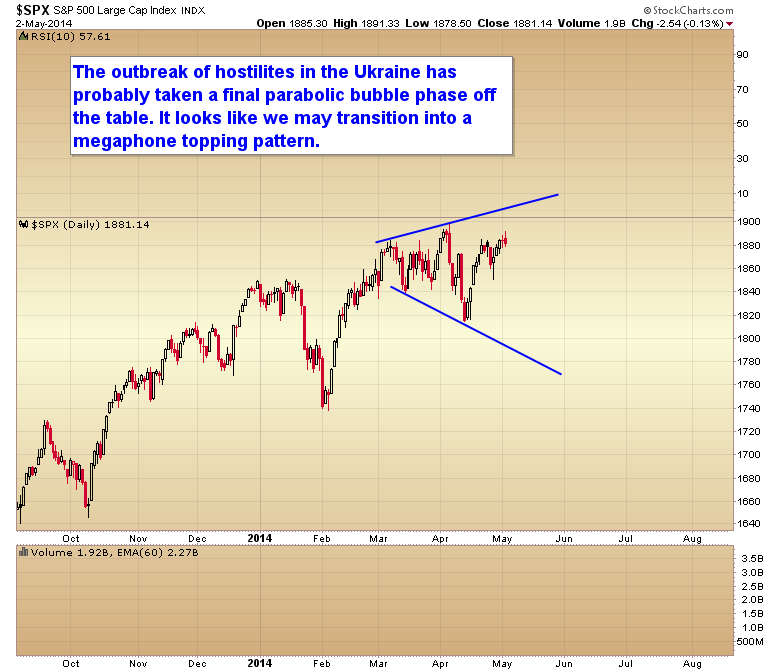 
The initial rally arrived right on cue as the CRB broke through its three-year downtrend line during the first quarter. 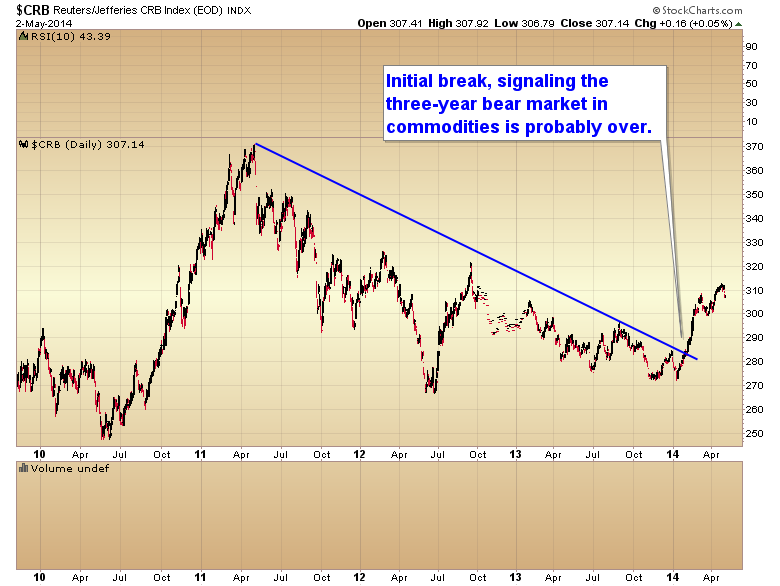 I'm pretty confident commodities have now begun that corrective move that I was expecting in early summer. As oil is the main driver of the commodity complex, and it led the CRB out of the 2012 three year cycle low, it is now leading the CRB down into that summer correction. 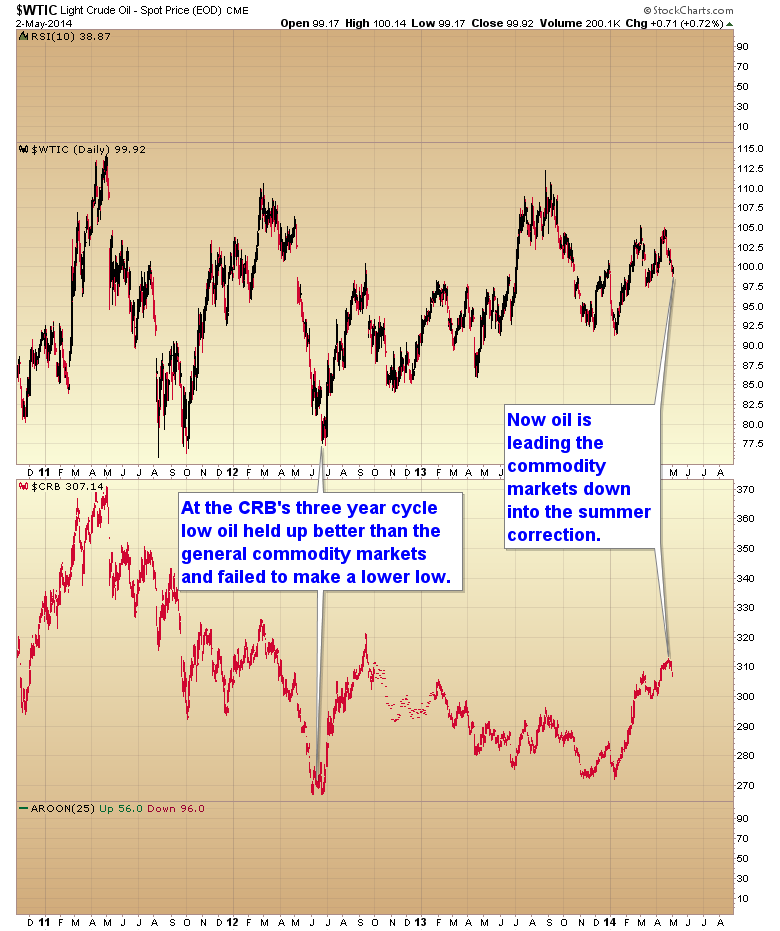 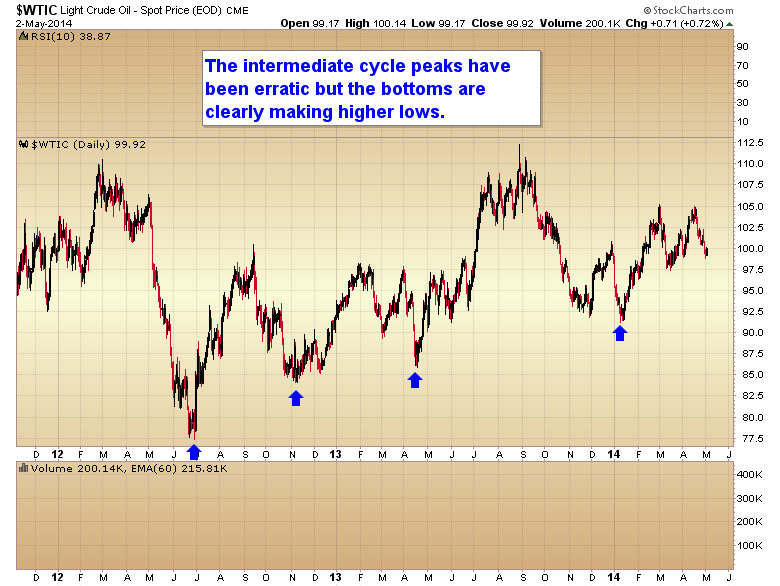 While we may get a countertrend bounce early next week I'm not looking for a final intermediate bottom until oil tests its three-year trend line sometime in the next 3-5 weeks. 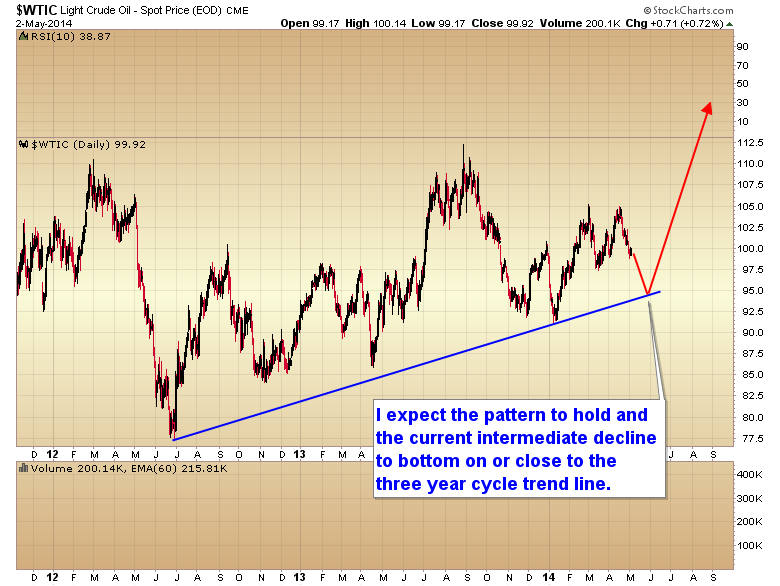 Barring the manipulation in the metals market last year gold would have printed a similar consolidation pattern as oil. And now that the three-year bear market in the commodity sector is coming to an end the precious metals should also participate during the powerful rally that I foresee for the second half of the year. 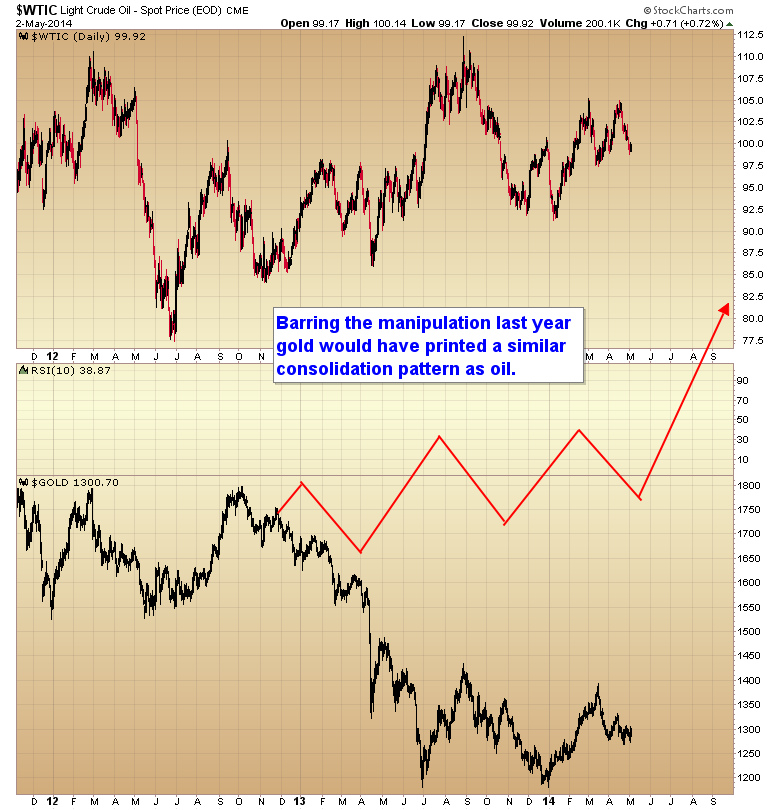 Just a little more patience is called for as I don't think the summer correction in commodities or the precious metals is finished just yet, although I do expect the metals to bottom slightly ahead of the rest of the commodity markets.

Considering the damage that has been done to the physical market by the manipulation last year I believe the biggest gains during the second half of the year will come in the metals and I think traders will get an opportunity in the late May or early June to enter long positions in preparation for the resumption of the secular bull market.

To sample the premium newsletter consider clicking on the subscription button at the top of the GoldScents home page and try a one week trial of the premium service that includes daily and weekend market updates.