I know that during a correction of the magnitude we are seeing right now it seems more like the gold bull is dead than on the verge of moving into what I expect will be one of the greatest parabolic moves in history.

However, all of the conditions necessary to launch the bubble phase are now in place. Gold is in the process of putting in an intermediate degree bottom. That bottom, which is only days away if it didn't already happen today, is going to be the single greatest buying opportunity, probably of the decade.

Gold sentiment is at multiyear lows. Retail traders that bought at $1900 have gotten wiped out. The media is full of stories calling for the death of the gold bull. Institutional traders from John Paulson, George Soros, and Dennis Gartman have all gotten knocked off the bull.

Breadth in the universally hated mining sector is back down to levels that have only been exceeded during the crash in 2008. 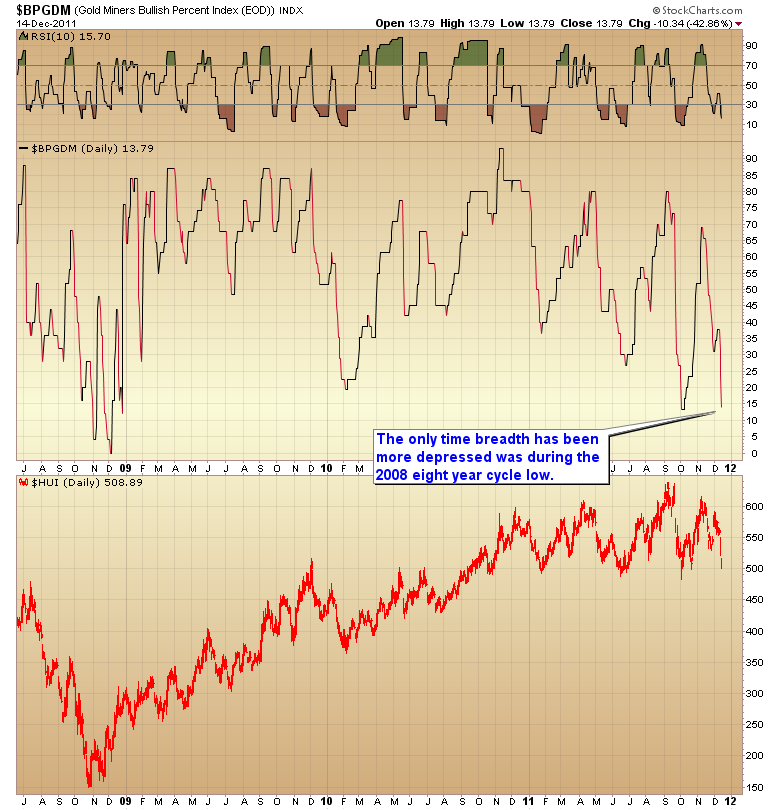 This sector has consolidated for so long that no one believes in mining stocks anymore. This is exactly the same sentiment that was prevalent in the silver market in the fall of 2010.
All the conditions are in place to launch the next stage of the secular bull market.

Up until now my expectation has been that we would see gold consolidate for probably the better part of a year before the next C-wave breaks out to new highs. 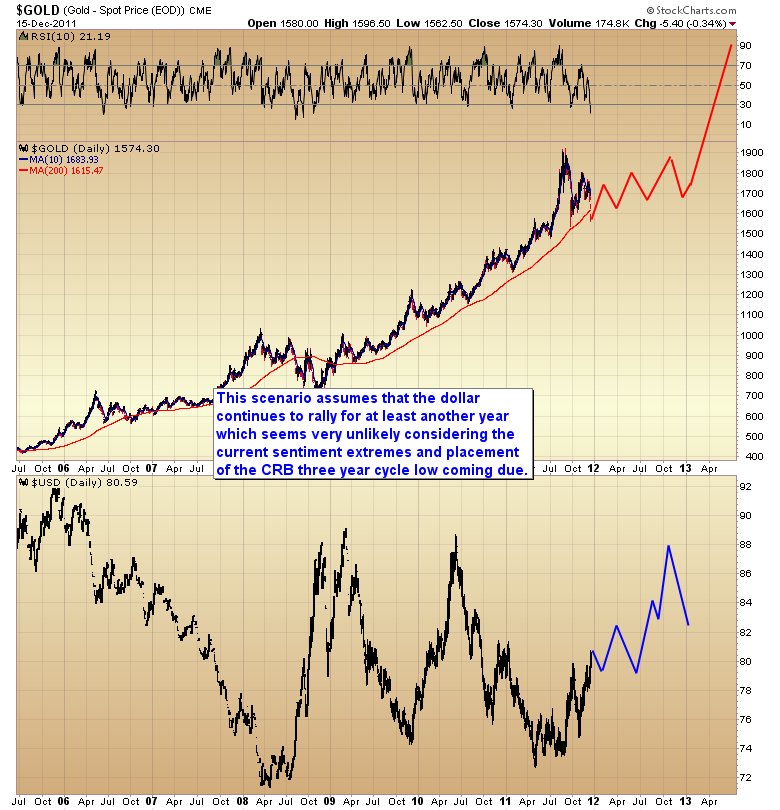 However, the scenario that is unfolding in the CRB and dollar indexes has me wondering if the gold bull isn’t going to start evolving much faster than I originally expected. Let’s just say that if I am correct and the dollar is on the verge of topping then we are probably going to see a much shorter consolidation than originally expected. Gold could launch much more quickly out of the B-Wave bottom than I expected and move to new all-time highs as early as the next intermediate cycle. 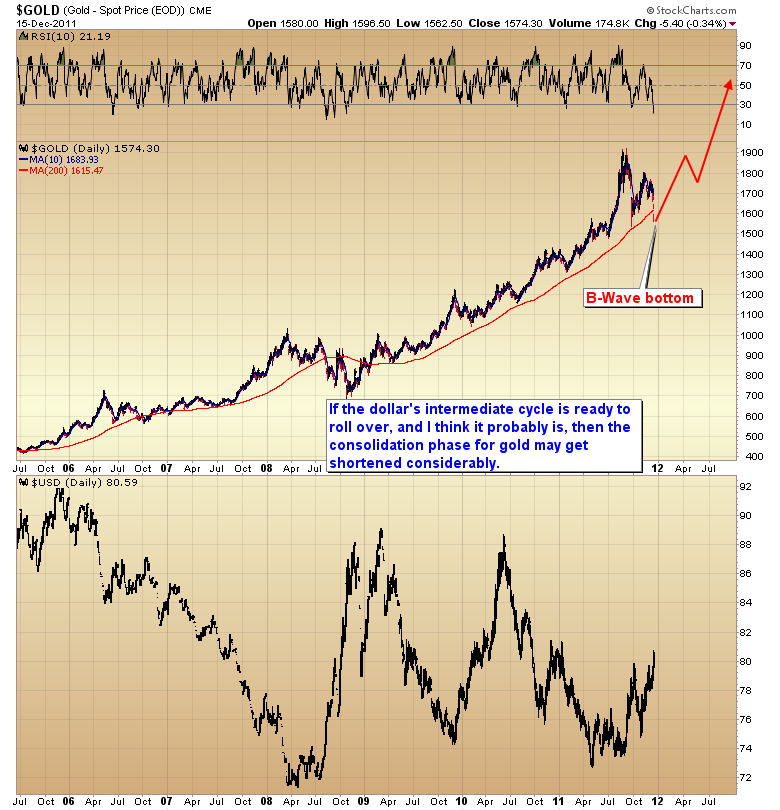 As a matter of fact I’m pretty confident that if the dollar turns down it is going to trigger the beginning of the third and final, bubble phase, in the gold bull market.

The public is already starting to become aware of the gold bull. All we need at this point to start the flood is for gold to recover quickly from this selloff. If gold quickly shoots back up and tags, or penetrates that big psychological $2000 number I expect it will be the siren call that draws the public into the bull market. And it is the public coming into a market that triggers the bubble phase.

During this phase of the bull I expect we will see the normal ABCD wave pattern break down as gold starts to accelerate into what will almost certainly be the most incredible parabolic advance, maybe in history. By the fall of 2014 I expect we will see gold somewhere between $7,000 and $20,000 an ounce.

I think tonight's premium report is important enough that I'm going to reopen the $1 trial subscription for two days. You will have access to the entire site for the next two days for the price of one George Washington. You can either keep your subscription and it will convert to a monthly at the end of the trial period or cancel it and you won't be charged another dime. Either way you will get access to a report that I think is important for every gold investor to read.

If you decide to cancel do so by following the directions on the home page of the website. Please allow one day to process your one dollar payment before canceling. Click on the link above to go to the premium website and then click the subscribe link on the upper right side to link to the subscription page.

Offer only valid for new subscribers. Former subscribers or previous $1 trial subscriptions will auto charge at the monthly rate.